I played at the North Star Warhammer Tournament last year. North Star is exceptional on the Warhammer Tournament circuit. The Warhammer scene in North Star is implemented to an unbelievable standard. The game boards themselves are durably textured and painted. Where suitable, tuffs of grass or brush are stuck. Each board includes five custom terrain elements. These can vary from Fantasy terrain elements, to stalagmites which are played as forests (except they’ve tough cover), to impassible squig pens to Hobbit holes, and all of the other things you may think of inside the Warhammer world. A couple of elements are Games Workshop or Citadel. These comprised the Watchtower, Dreadstone Blight, a chapel, the Temple of Skulls, and Arcane Ruins. Warhammer armies looked amazing charging across the area. And many were suitable 40k Terrain (I am not so confident about the Hobbit village). 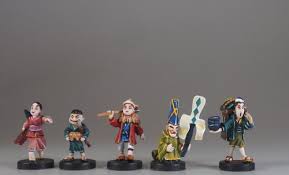 Of course, pulling off an event like this requires a significant commitment. Every table has been intended for a particular motif and equilibrium in the total tournament from the tournament team. Subsequently Jeron Stiffler and John Stentz worked together to make the Majority of the terrain. Eric Hager did a really cool detail function, such as small mushrooms, the hobbit homes, flower boxes, pumpkin patches and more. Alex Wobema assisted out in overall and in planning and in principles translation throughout the tournament. There are additional employees, but I did not get their names. They operate together throughout the year to upgrades and refresh the terrain and in keeping the terrain. This is accomplished at team members home, and that I guess they get the advantage of playing with the terrain throughout the year. How cool is that?

A couple of months afterwards, I played at Adepticon 2011 at Chicago. This is the best warhammer 40k painting service in North America and a complete blast to attend. I played Malifaux (good game), 40k Combat Patrol, and Fantasy Warhammer teams. I also had the opportunity to have a couple of assignments, including one on using Hirst Arts molds to produce terrain elements. Really trendy.